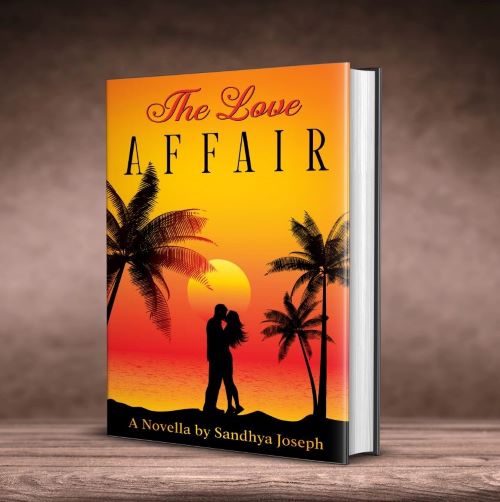 I remembered what it was like when I first began dating Stephen. How happy I had been on that day in college when he finally asked me out for coffee. How wonderful our first couple of years together had been! Love had made my senses come alive. I saw things and felt things that I had previously overlooked. Since our bungalow was situated at the farthest end of the town, the landscape here was dotted with paddy and vegetable fields. In that enchanted and amorous state, I felt the morning breeze heavy with the fragrance of newly tilled paddy fields caress my cheeks; I saw the lone dewdrop trickle down the surface of a leaf, hesitantly halt at its edge and then with a brave downward leap of exaltation it embraced the ground; I empathized with the rhythmic urgency heard in the croaking lyric of the frog hoping to attract a mate; I silently applauded the melodious symphony performed by the sparrows that came to peck at the bread crumbs I threw out of my bedroom window… Ah! The magic of newly blossoming love! It charms one’s entire being…

In the middle of the wedding preparations, one night, I accidentally overheard some of my relatives whispering amongst each other. My cousin, Paul, confided to the others present, “Alexia and Stephen were good friends, but I never looked at them as a couple. Yes, Alexia had quite a crush on him, but I never saw that kind of commitment in Stephen. There was never any real spark between them. Stephen was waiting for an opportune occasion to clarify his perspective on this relationship and leave for good. Alexia stuck to his side like a leech. She never let go. She always accommodated his tastes and foibles.  Alexia never provided a tangible excuse that would allow him to say, ‘It is over between us.’ The poor guy always seemed to be looking for a way out, but Alexia was careful never to provide him with one.”

I was taken aback. Paul! This is what Paul thought of me! This is what he thought of my relationship with Stephen! I thought, “Now what does Paul know about real love?  At twenty-two, he is four years younger than I am. Freshly out from his postgraduate course, Paul still looks at the whole concept of love from a student’s point of view. For him, love is all about flowers, chocolates, lunch dates and bunking lectures. Yes, he gave his girlfriend, Tina, little gifts, roses and a whole lot of candy. But can he give her the assurance of a life-long commitment? No! In the end, isn’t that what a girl wants? What she really needs? Flowers wither away, it is the ring on her finger that will remain constant.”

To read more, purchase a copy on your local online amazon store IN, US, UK, CA, AU, MX and others. Or, read on Kindle Unlimited.

No comments to show.